I have am the host of the challenge over at Bitten by the Bug 2 for the next two weeks.  I chose projects that are 3D because I just love them. 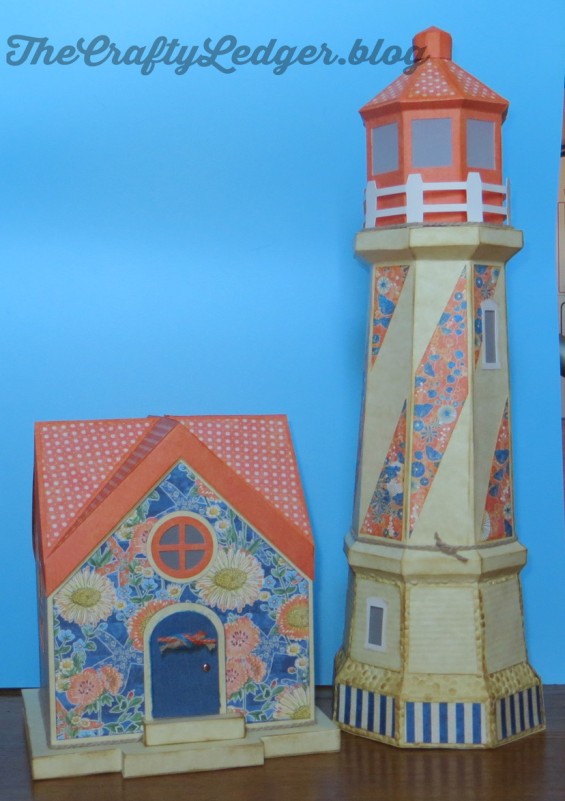 This is the first set of buildings that I have done.  SVG Cuts has some wonderful cut files and this pair is from the set called Seaside.  I decided to make the Lighthouse Keeper’s Cottage first to see how it went.  I used cardstock I had on hand for the base and patterned paper from Graphic 45 called Sunkissed.  I used both their 8 x 8 pad and 12 x 12 (patterns and solids). Mary has wonderful videos to show you how to put these projects together and it went so well, I decided to tackle the lighthouse using the same paper collection.  I used a Sizzix embossing folder called Cobblestone on the bottom sections and a Fiskar’s texture plate on the panels at the bottom.  Applying Distress Ink with a sponge applicator really brought out the texture.  If I had to do it over, I would have used that same Cobblestone folder on the base of the cottage too, as it would have really added to it.

Here are a different angle of the cottage as well as a closeup of the base of the lighthouse. 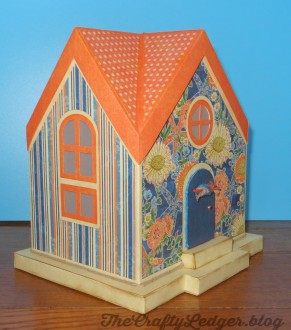 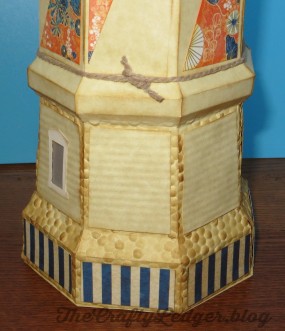 Some twine around the bases along with colored twine on the door added a little interest.

Jump out of the 2 dimensional into 3D and link your own project at our challenge over at Bitten by the Bug 2. Wait until you see what the other designers have done. – Denise